On Friday the Zambian rapper Macky 2 put an end to rumors that he was arrested.

The rumors that Macky 2 was arrested began when a picture of the rapper sitting with his hands cuffed between 2 policemen went viral on social media.

In a live Facebook video, Macky 2 explained that the viral photo was captured from the movie he is acting on. Further mocking the speculations the rapper even shared the same photo to his own page.

In the live video, the rapper also announced that he is working on new music to be released soon.

As for acting, this is not the first time the rapper will be blessing us with his acting talent. In 2018 Macky 2 made his acting debut in the local movie series ‘city on fire’.

See the video in which he addresses his arrest below! 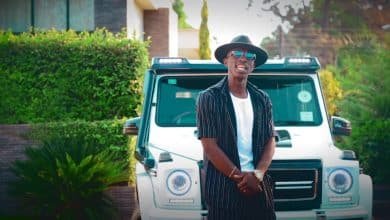