Most upcoming artistes fail to blow not by destiny or ill luck, but as a result of lack of priorities, styles and many more which we shall discuss in this article.

1. They Don’t Advertise Themselves

If you think miracle is all you need to blow, then you must be seriously sleeping on a moving bicycle. To blow in Zambia, you have to advertise yourself aggressively and give it whatever it takes. As a matter of fact, it’s not a bad idea advertising that track of yours on zambianplay.com where we have music freaks who are always at alert to download music from zambianplay front page, and may not even hesitate to share it with their friends if it’s really worth it. You can ask Slap Dee and Macky 2, they will confirm to you that good music will surely help your Career.

You need not sing like Chris Brown before you blow. However, the impact of good production cannot be overemphasized anytime any day. Most upcoming artistes may not blow because they always patronize backyard producers who will produce 5 tracks for them at the rate of K100. Ooooh come on that is ridiculously cheap!!.
We know you are not rich yet! But at least, spending as little as K400 to produce a single track is much more better than seeking producers who produce 5 tracks for K100.

What makes one stand out amongst his peers is creativity and uniqueness. However, many upcoming artistes fail to get to the peak of their dreams not because witches and wizards are following them, but because they are not creative in any way.

Pride is also a determinant of how far one will go in his music career. However, it is very evident that it’s the habit of most upcoming artistes to always give people a false sense of their financial status through their dressings, spending and what not. They are sometimes proud that they raise shoulders to people who are meant to help or make their dreams come true in a little way they can. This is one of the reasons why many of them have failed to blow.

They say your appearance is the first letter of recommendation. The mode of dressing of many upcoming artistes is sometimes childish and annoying. You see many of them dressing like masquerades; looking unkempt, poor colour combination, unattractive hairstyle, and many more which I cannot mention. The truth of the matter is that, when your appearance cannot catch people”s fancy, how do you convince them to listen to your track?

Good lyrics and punch lines is all you need to at least gain some recognition. When you listen to the songs of many upcoming artistes, you will keep wondering if the songs was composed within the ambit of 5mins. That is, they sing a chorus repeatedly for about three minutes after which a verse will follow suite and that’s the end of the song.

7. Imitating The Style Of Others

To succeed in life, you have to do something others are not doing, or what they have never done. As a matter of fact, we know that Chef187 already has his own style and that’s his brand, so why copy his style as a leverage to also get to limelight?, when you know that you may be seen as a copycat. try to build up your own style. 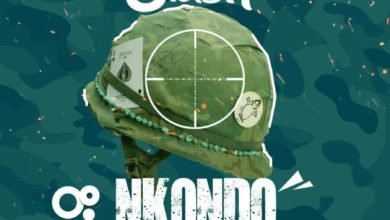