The pair were reported to be dating earlier this year and it looks like they are already on their way to tying the knot.

Pompi took to his social media to post a beautiful message for his woman:

“Yesterday was my birthday but it also marked the death of ‘self’, birthing a new being called ‘us’. Esther Chungu I love you my queen and I am looking forward to spending the rest of my life with you.”

Fellow singer Abel Chungu who was present during the engagement congratulated the two. He also took the time to explain how it all happened.

Apparently, Esther threw a surprise birthday party for Pompi, little did she know that he had plans of his own.

Congratulations to the pair! 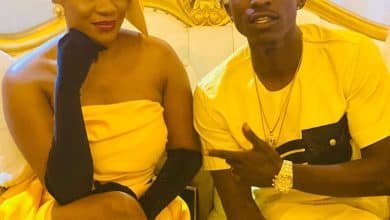