According to the artist, ‘The song is aimed at the story of my former classmate back then in high school by the name of Kelvin, Kelvin was so much into school as compared to others, after finishing school Kelvin left for a visit to his uncle who later sponsored him for tertiary school, after that, it came as a tragedy of his life, the story changed from good to worst when death suddenly visited his family, where he lost his mother in the process and his sister was jailed for dumping her baby just after the death of his mother. *Kelvin lost interest in studies and become a drunkard because of been traumatized.‘

The song was recorded and produced at TM Music Studios by Professor Ecco.

Take a listen below, You will love it!!! 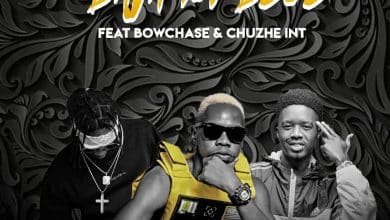