Renowned Zambian producer Kb Killa Beats is not impressed with the majority of upcoming artists. He says they have no manners.

On Saturday morning Kb Killa Beats uploaded a video to his Facebook page where he spoke at length about the poor manners of the majority of upcoming artists.

He said some artists go straight to his WhatsApp and send their music without any formal introduction. Yet they expect him to listen and give them feedback.

In fact, some allegedly go as far as sending links and expect him to download their music and give his feedback. On average Kb says he receives about 20 or 30 of such messages.

“What happened to etiquette?” He raved.

However, Kb says he is willing to find time to listen to music from upcoming artists. But only if they properly introduce themselves and apologize for invading his personal space.

Kb killa Beats ended his video by warning that he would not give time to any ill-mannered upcoming artists.

“If you come into my WhatsApp or dm, without any formal introduction or proper manners, I will just block you,” he said.

Watch the video below!

Majority of Upcoming artists have no manners.

B Flow spotted at a peaceful protest in Hollywood 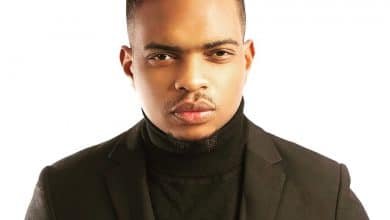