To the delight of the Zed hip hop fanbase and consumers alike, the song is graced with a feature from a juggernaut emcee of storytelling and punchlines ‘Stevo the Rap Guru’. As is now accustomed to most of his records the title ‘Judas’ Kiss’ is yet another one that is echoic of biblical scripture and characters.

By description, Judas’ Kiss is an unfiltered hip hop record to the core, whose storyline is premised on a client-lawyer relationship which has UC as an accused charged with the murder of his girlfriend, explaining his alibi to his Defence lawyer Stevo.

With the release of Judas’ Kiss, UC picks up from where he left off only that this time, he brings his storytelling prowess to the centre stage. His delivery is certainly less provocative in comparison to his recent single ‘python’ but is certainly above and beyond quite ‘thought provoking’.

Stevo reminds everyone why he is hailed the rap guru with his punchlines and informative bars disclosing that his knowledge of the legal process is beyond that of laymen.

Thus, to give a verdict on Judas Kiss, Stevo certainly represented himself in the best interest of Zambian hip hop. It can also be safely adjudged beyond all reasonable doubt that zed hip-hop is not dead but is in fact in safe hands, saved by the prophesied lyrical messiah ‘Umusepela Chile’.

Check out the song and visuals below. 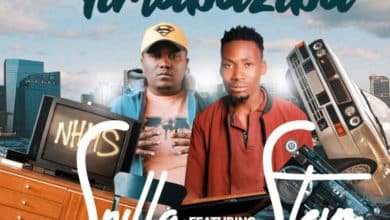