Slapdee is receiving major backlash from fans and music producer Kekero after he posted a seemingly controversial post on Facebook.

The rapper posted a picture of himself with the caption, “A degree is just a piece of paper. Your education is seen in your behavior.”

Fans were not so happy about his caption and quickly took to his comment section to slam the rapper.

One notable slam is from music producer Kekero who reposted Slapdee’s post with the caption. “Here goes our flip-flopping king busy demeaning education just because he bought himself a nice suit without the help of a degree.”….ouch

Slapdee felt the wrath of social media as he quickly clarified his comments.

“Dear degree holders, this is not meant to undermine anyone with an education rather to encourage them to marry it with good behavior. No one is insulting your academic success. Remember money is also just a piece of paper. Feel free to read again.” He wrote

Slapdee has since changed the caption on his original post to something more “clear”.

Although it seems the damage has already been done between Kekero and Slapdee.

Kekero is a Zambian music producer behind songs like “Wikaleka Nkebe” by Kaladoshas and “Favor” by Macky 2. 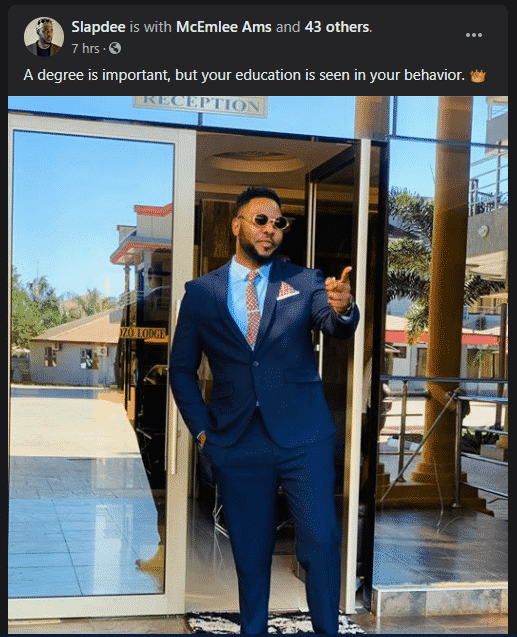 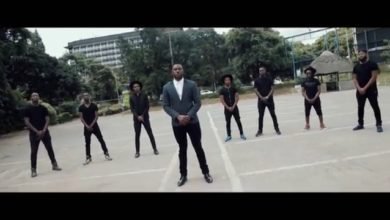 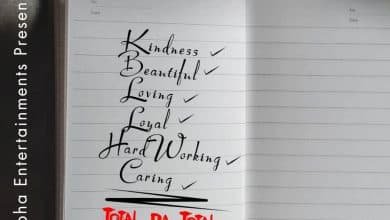 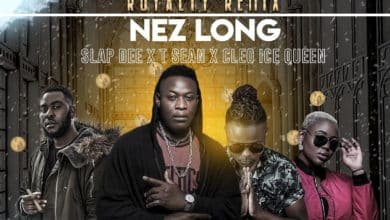