Zambian songstress Wezi says contrary to the reports circulating on social media, she is not pregnant.

“I am very disappointed and irritated at the number of people that are currently harassing me over this fake story that was published about me being pregnant with a fellow artist’s child,” Wezi said.

“A lot of women suffer in cyberspace and our hard work is always reduced to fake rumors about sleeping with our co-workers. Which I find very ignorant and sexist. it’s like you’re saying you can’t pull off greatness without being sexually involved. B Flow is someone I love and respect very much. And for a very long time, people have said we would make a nice couple. Unfortunately, our life choices aren’t based on public opinions and you must respect that we are human beings.” She continued.

Furthermore, Wezi said she usually ignores such unfounded rumors, but this fake story has grown big and is suffocating her. Therefore, she promises that she will pursue legal action against the ones who published that story.

A few days ago a popular online news channel published a fake article claiming Wezi and B flow have been having an affair. It also alleged that Wezi is pregnant with B Flow’s child.

In her statement, Wezi further urged Zambian music fans to protect their artists against such malicious articles. And to only believe stories when they come from her or her management. 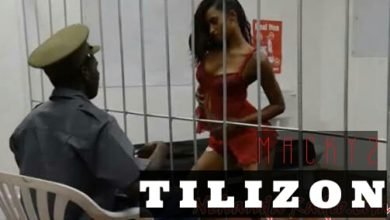