Mukuka delves further into the song, saying ’Heatwave’ to me is a song about letting your hair down and having an amazing summer night filled with romance, dancing, and bliss. In the 27 years, I’ve been on this earth, I can’t think of a time when uplifting music was needed more than it is right now. I truly hope this song succeeds in shining a little light on as many people as it can during these dire times.”

The release of ‘Heatwave’ is accompanied by remixes from Cee ElAssaad and Mario Da Ragnio & Mikimoto, adding a wide variety of listening and dancing enjoyment for ‘Heatwave’.

Cee ElAssaad was ranked as 21st best afro house artist in 2016 by Traxsource and is a seasoned music lover and one of the most prominent DJs and producers in the African house music scene. Considered by many as one of Morocco’s leading DJs, Cee ElAssaad has played alongside legendary international acts such as Louie Vega, Osunlade, Todd Terry, Quentin Harris, Kiko Navarro, DJ Rocco, Djeff Afrozilla & Boddhi Satva. Cee ElAssaad and El Mukuka met in Rome in 2019 whilst on tour and hit it off!

Düsseldorf based producer and DJ Mario Da Ragnio is considered one of the most uprising artists emerging from Germany’s underground scene. With his releases on renowned labels across Europe and massive steady support by the world’s elite DJs – as a solo artist or executive producer behind various talents – the ambitious Rhinelander with Italian roots is right on target standing his ground in the world of electronic underground music.

German producer Mikio Gruschinske has been in the music industry since 1996 and was a touring DJ / producer from 2003 to 2016 under the name Plastik Funk with his buddy Rafael (who is continuing the project now). Beginning of 2017 he retired from touring and DJing and switched to the label side. Mikimoto is his current project where he focuses on producing music that comes from his heart and where it all began: House.

The weather is warming up, winter is going away and there’s a ‘Heatwave’ that needs to be on everyone’s playlist! 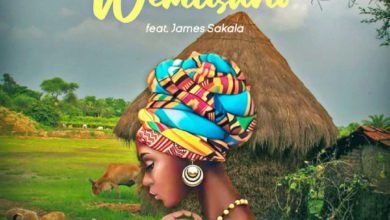