There are a thousand and one people who can sing, but not all singers get into the hall of fame.
Over the years, the number of upcoming recording artistes in Zambia has increased tremendously, and it takes dedication, hard work and consistency to turn a music dream into a successful career.

However, some upcoming artistes will remain “upcoming” if they don’t drop certain myths that lead them into making certain career blunders. These tips are not cast in stones, but are relevant to help push someone’s career forward.

If you want to be rich and famous through music, you should take this post seriously.

1. Making Hits Should Not Always Be the Focus

Hits are amazing, because they bring instant fame, but when an artiste is always aiming at making hits and club bangs, he misses out on the bigger picture. Most artistes are always looking for hits instead of good music, forgetting that good content most times turns out to be hit, not the other way round. You might end up making the hit, but its wackiness will make it fade away in no time.

This myth has been proven over time. Many hits have been produced from small bedroom or home studios. Macky 2 didn’t get fame working with a big producer, even Alpha Entertainment Records that produced the first hits of Macky 2. Big studios usually have great gadgets, software and sometimes experienced producers, but then it is not a guarantee that the studio would produce songs that will rule the air waves.

Some music promotes itself when it is very good but then, you need to push it out first before it gains ground. Upcoming artistes sometimes feel reluctant to go around promoting their works, maybe due to lack of money or support or even a dying passion. This jinx needs to be broken. If your music must be heard you should not stop promoting it via the Blogs (more effective these days) Radios, TV, interview, Print media and Gigs.

4. Never Say No to Free Gigs/Events

Most upcoming artistes make the mistake of turning down invitations to perform for free in events, forgetting that publicity is key in entertainment. Before you get up there, you must pay your dues and free events are just the perfect path to channel your contributions. Free performances are great platforms like a show room where you showcase your talent and build a fan base. Upcoming artistes should learn to embrace such invitations as it helps upgrade their acts.

5. Be Nice to Everyone

Fans are indirect marketers so you need to have a good attitude towards everyone as they are all your marketers. Nobody likes to be disrespected, not even by a star, so as an upcoming artiste should be friendly with neighbors, manager, producer, clients and the general public. Also be in good terms with family, as they form your backbone that defends and protects you when crisis arises.

Find your sound and never be a copy of another artiste. You can be inspired by them but don’t mimic them, as you’ll be seen as a karaoke singer. Karaoke is a good rehearsal ground. However, artistes should write their own songs and should not try to sound like their favorite artiste. Be YOU! Be original!

7. Never Record Your Songs with a Producer You Don’t Connect With

Recording a song is like making love to a partner. There needs to be a connection for the music to sound right. Most people get their songs to the wrong hands and become unhappy after the session. Sadly, some producers are interested in the money, while only a very few are interested in your success. Find that producer who wants to see you go far and has the right tone to compliment your voice.

8. Do Not Start Your Career As a Feature Artiste

What you step out as would be how people see you henceforth. You might go a bit far with collaborations but might not last with just that. Look around and research artistes in these two categories and confirm for yourself that it is better to own a song than to feature endlessly in other people’s track.

To run fast you need to run alone, but to run far, you need company. You’ll need God, People & Talent to get far in a musical career, so make friends the next time you are an entertainment scene. Look for mentors, get a publicity manager, form a team that would help you build a long lasting brand as a musician. Talent will take you up but connections will sustain you.

10. Get an Entertainment Lawyer

This does not need stressing. An entertainment lawyer helps an artiste to cover his loopholes, draft contracts for him, help him interpret contracts and also put in place every legal aspect of a musician.

Do not be like those artistes who only know the music art and lack the “business side.” No one ever made it in Music but in Music Business!
All the best as you transform from an upcoming artiste to a real musician. 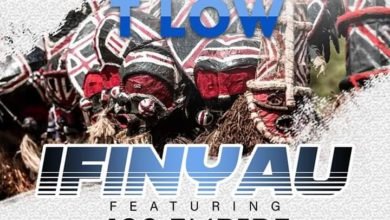 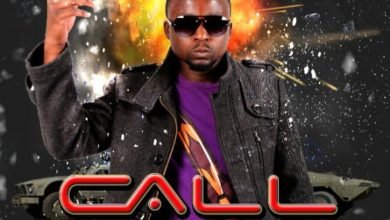